Since implementation of the Clean Air Act in 1970, air quality along the Gulf Coast and throughout the US has steadily improved. According to the Environmental Protection Agency, the combined emissions of the six most common pollutants have decreased by 74 percent since inception of the Clean Air Act. At the same time, the economy continued to grow and prosper, the American population grew, and energy use increased, demonstrating that cleaner air and economic welfare go hand in hand. That’s good news for businesses working to meet environmental regulations and respond to consumer demands for greener products. 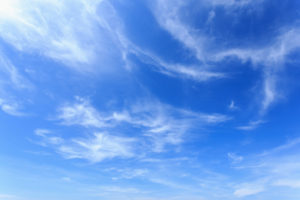 Environmental effects of air pollution extend well beyond the air we breathe, with airborne contaminants disrupting air, water, and soil systems. Along the Gulf Coast, air pollution contributes to nitrogen enrichment of coastal estuaries, which leads to oxygen depletion that harms fish and other aquatic animal populations. Other airborne toxins, such as mercury and dioxins, contaminate waterways and accumulate in the food chain, impacting wildlife as well as human consumers. Cleaner air not only protects our coastal habitats but also our local citizens. Air pollution can trigger asthma attacks and cause difficulty breathing, wheezing, and coughing for people with asthma or chronic obstructive pulmonary disease (COPD). Research indicates improvements in air quality since the initiation of the Clean Air Act have resulted in reduced morality rates and fewer illnesses associated with air pollution. In turn, children are missing fewer days of school and adults are missing less work due to illness.

PEP member organizations have demonstrated that taking responsibility for air quality can have positive impacts on the bottom line while contributing to a safer and healthier work environment. From carbon capture to vapor recovery, projects large and small have resulted in reduced emissions, cost savings, and significant improvements to industrial operations. 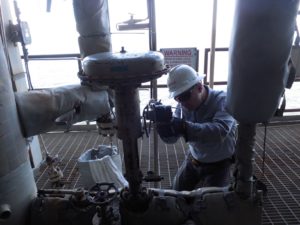 The ExxonMobil Mobile Bay team shows us that even small changes can produce big results when it comes to reducing greenhouse gases. By replacing pneumatic valve controllers with 75% lower natural gas consuming alternatives, the facility reduced methane emissions by 75 tons per year. The new “low-bleed” controllers reduce natural gas consumption by about 3.5 million standard cubic feet of natural gas per year, a cost savings that will offset the initial cost of the controllers in about 3 years. In addition to greenhouse gasses, air pollutants include volatile organic compounds (VOC’s), gases such as sulfur dioxide, gaseous forms of metals including lead and mercury, and particulate matter. 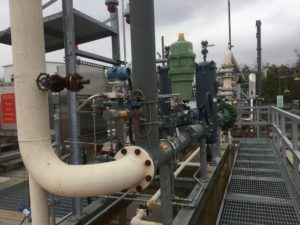 To address VOC’s at their Chickasaw Creek dock, Shell Chemical implemented a Marine Vapor Recovery project that collects vapors during the loading of light olefin feed product onto barges. The captured vapors are processed into more fuel for the community. The system is predicted to reduce volatile organic compounds emissions by 35 tons per year and benzene emission by almost 1 ton per year. “The project also makes a big difference on the dock,” said Sarah Connell, environmental engineer with Shell. Reductions in volatile compounds result in a healthier, more comfortable work environment. 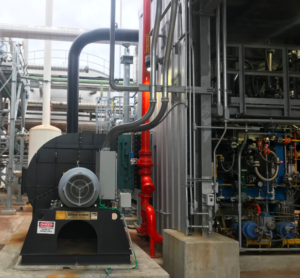 Employees who often benefit from improved working conditions as an indirect result of pollution control measures are also commonly the greatest drivers of change. Employee-driven innovation at BASF’s McIntosh, Alabama facility led to the installation and of a new boiler designed to generates steam using hazardous waste material that would otherwise be disposed of offsite. The boiler is equipped with a state-of-the-art emission control system that helps ensure regulatory compliance. In addition to keeping millions of pounds of waste material out of disposal sites, the project allowed McIntosh to reduce natural gas consumption, replacing the equivalent of 200,000 gallons of gasoline with alternative fuel generated on-site and allowed the site to meet its growing demand for steam while simultaneously reducing emissions. The largest emission reductions were in both CO and NOx while increasing steam production by 19%. 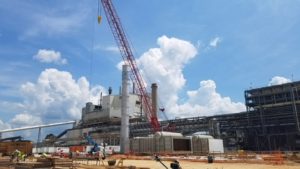 Steps to reduce energy consumption can lead to long-term savings and lasting air quality improvements. Hargrove Engineers + Constructors helped Kimberly-Clark save money and reduce emissions by increasing energy efficiency at their Mobile Mill. A new combined heat and power (CHP) facility utilizes two new gas turbines to supply electricity and rerouting the exhaust gases to make steam for the plant’s operations. Not only is the new system more energy efficient, it also makes the facility self-reliant for electricity and steam. The investments in Mobile, Alabama and a similar project in Peru support Kimberly-Clark’s Sustainability 2022 initiative, specifically, the Energy and Climate strategy to minimize climate change impacts and reduce greenhouse gas emissions by 20 percent over 2005 levels. The company is working to create a step change reduction in greenhouse gas emissions and energy costs by switching to lower carbon emitting fuels and utilizing cogeneration.

While we’ve seen many positive changes in air quality, including a rebounding ozone layer and decreasing acid rain, some pollutants continue to pose serious air quality problems in areas of the U.S. Industrial processes and fuel combustion powering both public utilities and industry are responsible for the bulk of sulfur dioxide, ammonia, and volatile organic compounds in the air as well as particle pollution. Industrial sources also account for approximately forty percent of carbon monoxide and oxides of nitrogen emissions.

By following the example of our fellow PEP member organizations and continuing to advance technologies and policies that improve air quality, we not only contribute to a healthier, more prosperous Gulf Coast community, but reap economic benefits along the way. What steps can your organization take to promote cleaner air?