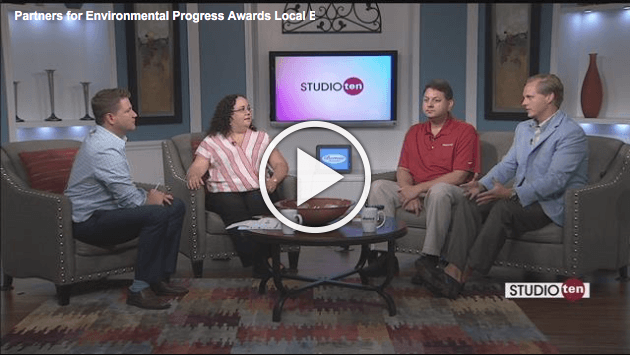 Studio10 hosted Jennifer Denson from the Partners for the Environmental Progress. Along with two guests representing PEP Award Winning Businesses.

The Honeywell UOP Mobile Plant prides itself on its environmental stewardship and has won several state awards. The site generates non-hazardous solid wastes that are transported to a local landfill, which increases volume in the landfill and adds to the plant’s costs. It was recognized that a significant portion of this solid waste generation is due to discarded pallets, cardboard and super sacks, and a team was formed to establish an aggressive recycling program to concentrate on tackling these three areas. Through this project, UOP was able to eliminate approximately 15,000 yards of material from the landfill annually and save the plant $250,000 per year.